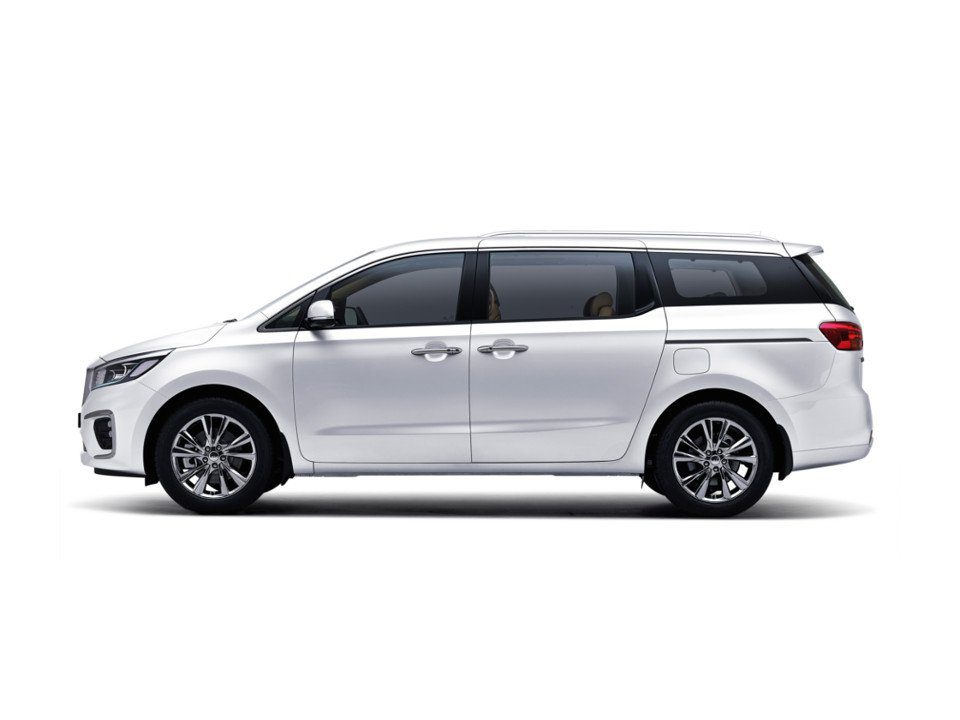 Today buying a family wagon has become more than just about a vehicle’s capacity. Gone are the days of cramming the family into a van that fits everyone and speeding off to your holiday. Over the years, car manufacturers have done a pretty fantastic job adding safety features, creature comforts, and practical conveniences that make hauling your family from point A to B not only easy but even a pleasure! 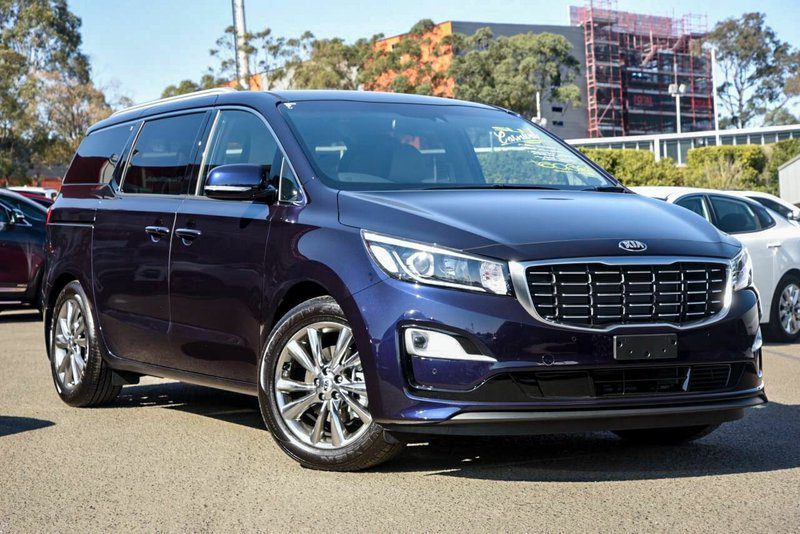 The Carnival takes the cake when it comes to ergonomics because it can fit six to eight people comfortably. Its front seats are heated and have leather upholstery. And here’s something every parent would love — cup holders — and lots of them! 10 cup holders in fact which make the kids’ snacking while on the road more manageable. The second-row seats can be separately folded and even slide at the back if you need to make more room. And by taking out the removable seat at the centre, you can walk through to the third row. For storage, the Kia Carnival SLi fits four suitcases, a backpack, and laptop bags. You can even fold the third-row seat into the floor to create more room for luggage.

Australians were not let down by Kia with the SLi’s safety features. They even received a five-star ANCAP rating for it. There are four child restraint anchor points in the minivan. Two are in the second row and the other two are in the third row. All Carnival models have autonomous emergency braking (AEB), lane departure warning, and active cruise control as a standard. The minivan can carry approximately two tonnes so low-speed maneuvering will be a challenge. To solve that, it received a localised suspension upgrade so the ride and handling is smoother. Another improvement was the replacement of the old foot-operated unit with an electric park brake. Also included in the package are a rear-view camera with a clear image and a tailgate with a proximity function that opens whenever you come close to it with the key fob.

Nowadays, imagining a life without entertainment induces panic. Especially when you have a couple of kids you want to keep quiet at the back. Kia made sure that everyone is entertained and informed with its 8.0-inch touchscreen infotainment unit that has Apple CarPlay and Android Auto apps. Its navigation is packed with 10 years’ worth of map updates so you’ll always find your way. There are three USB ports in the minivan and two of which are in the front and one in the second row which means you’re going to have to be creative when using them. To ensure the perfect temperature inside, the Carnival has tri-zone climate control. The second and third rows have vents for the AC and the rear vent can be locked in case someone complains about being too cold.

It kept its 2.2-litre, four-cylinder turbo diesel engine from the previous model, but it now has an eight-speed automatic transmission. This upgrade has worked smoothly together and has utilised the minivan’s 440Nm torque. With all those combined, driving a fully-loaded vehicle will be a piece of cake. Add a 7.7L/100 km fuel economy in the picture, and your next road trip would be easy to plan.

When it comes to maintenance, the Carnival SLi has similar costs for running and repairs with the Odyssey, and that is for more than five years. However, it takes things up a notch with a seven-year unlimited kilometre warranty. If you think that your next vehicle should be no other than this, you will have to spend a little under $60,000 and add $695 more if you want to get the premium paint box.

The Odyssey can accommodate six to seven people thanks to its VTi-L seat configuration. All seats are leather and heated, and the two second-row ones got the nickname “captain’s chairs” because they recline, move backward and forward, have foldable armrests, and ottoman leg rests. The third-row seats can fit three people but some say it’s more comfortable for just two. It has a good-sized storage space but not as big as the one in the Carnival SLi.

Some might say the Honda Odyssey’s storage needs an upgrade but it makes up for that by stacking on safety features and having five stars for its ANCAP rating. It has forward collision warning, autonomous emergency braking, lane keep assist, adaptive cruise control, and rear cross traffic alert. The minivan also has a multi-view camera, blind-spot alert, six airbags and a curtain airbag that can cover all three rows. Lastly, it has an auto parking system that’s a lifesaver for those who aren’t too confident with their reverse parking skills.

The control of the entertainment in the Odyssey happens in the front seat. For example, you can open both sliding doors at a touch of a button there same the two USB ports and the HDMI input that you can use to watch movies. The minivan has a tri-zone climate control so people in the second and third rows can adjust the temperature.

The Odyssey has a 2.4-litre petrol engine with a CVT. Cruising on the highway with it is great when you do not have a heavy load. It becomes a different story when all seats are occupied combined with the weight of any luggage, causing the vehicle to slow down and produce engine noise which is not something you’d experience in the Carnival.

The Honda Odyssey sells for $51,967 which is $8,000 less than the Carnival SLi. You need to keep in mind some of the differences in storage space, seating and engine performance to appreciate how good it is for its price point. Another thing to consider is the five-year warranty from Honda that hasn’t disappointed anyone with its great value-for-money.

Just like the two minivans (Carnival SLi and Odyssey), the Sorento Si can fit six to seven passengers. While those two emphasise providing comfort for long trips, this SUV is ideal for shorter trips to the mall, parks and weekend sports. It has heated front and second-row seats and is known to have excellent storage space. Putting groceries in the boot will not result in having a cramped space in the third row. For those looking to buy furniture, appliances, or have a lot to get during a sale, it can all easily fit inside because you can fold the third and second-row seats.

The Sorento Si also gets a five-star ANCAP rating. Like the Carnival SLi, it has received upgrades like getting better suspension to take on Aussie roads, having autonomous emergency braking, active cruise control, and a lane-keep assist as part of the standard package. It also gets six airbags with the main difference being on the curtain airbag not covering all three rows.

The infotainment in the Sorento Si is similar to the one the Carnival SLi has. It makes a lot of sense since these are both made by Kia but the speakers are different because it didn’t get the JBL sound system, and it has two USB ports instead of three. There is one port in the front row, the other in the second, and none for the third. The temperature inside is regulated via the ventilation outlets in every row and fan control in the third.

One important thing to remember is that the Sorento Si is only available in a 2WD, and though it is called an SUV, it can’t be taken off-road. But this can still give you a smooth ride with its 3.5-litre V6 petrol eight-speed automatic engine with 206 kW. One issue people have with this is the fuel economy which is 10L/100km and the fact it might worsen if you spend a lot of time in the city or suburbs.

The Sorento Si is considered a budget family wagon. For a vehicle that can have seven passengers, you can get it for $47,161. To give you a better perspective that’s almost $12,500 less than the Carnival SLi. Buyers save on its base price and the cost of the insurance, servicing, and repairs.

If you are looking at one of the above vehicles or any other family van or 4WD, call Finance Ezi on 1300 003 003 or submit an application online.