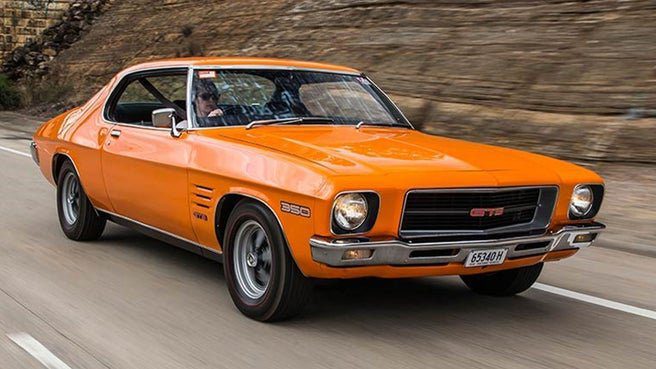 If you own the keys an old Holden, we’ve got some good news for you: The value of some models is expected to skyrocket following Monday’s shock axing of the iconic brand from Australia.

The news of General Motors plan to stop selling Holdens Down Under has disappointed many and left hundreds without a job.

However, the ‘heartbreaking news’ does have a silver lining for those who own some Holden cars which are expected to rise in value following the announcement.

Allen noted that when Holden announced it was shutting local manufacturing in 2017, the value of some collectible models skyrocketed to well over a quarter-of-a-million dollars for a 50-year-old car.

“A lot of people out there will be very disappointed that a big part of their family history has disappeared and they’ll have very fond memories of having a Holden as their family car,” Allen said.

“With no more new Holdens to be made, we can only expect this trend to spread across the entire range … to varying degrees of intensity.”

Allen said “glamour models” will sell at the highest prices but mint family cars like sedans, wagons and the Kingswood will attract a spike in prices.

“There was a time when Toranas were just a common car on the road but thanks to time, and possibly a fair amount of rust, they are now highly collectible,” he said.

‘How F***ing Devastating’: Fans In Meltdown As Holden Drives Away From Australia

“Prices, of course, vary from model to model, but certain Holdens are the subject of high demand and increasingly high prices.”

The most high-priced Holdens, according to Allen, include:

But just because your car has a Holden badge doesn’t mean it’s worth a fortune, Editor at CarSales Mike Sinclair told 10 daily.

Owners of newer models are better off driving their cars and enjoying them, he said.

“For the majority of Holden owners, they’ll be treated as normal used cars and there will be a reduction in those cars,” he said.

Holden’s Future In Supercars Beyond 2020 In Doubt

With the company shutting down production, it’s also the ideal time for buyers to purchase new models at significantly-reduced prices, Sinclair said.

“Holden will probably heavily discount them to get rid of them. They’re also going to be offered with things like seven-year warranties and seven years of free service, which could make them a pretty good buy.”

Although, buyers are warned the company is only required to continue producing parts for the next 10 years under Australian Competition and Consumer Commission guarantees.

While some fans of the brand may have been shocked by Holden’s departure from the car world, Sinclair said the ‘end’ shouldn’t come as a surprise.

“Moving away from the traditional car that Holdens built, they went from a position of dominance to one of the smallest segments in our market today. To be fair to Holden, the economics of producing a new model have shifted significantly,” he said.

“With 60 brands and hundreds of models available [in Australia], the likelihood of a single model having a dominant position and reaching the volumes required to be profitable disappeared some time ago