The World’s Most Expensive Superyachts 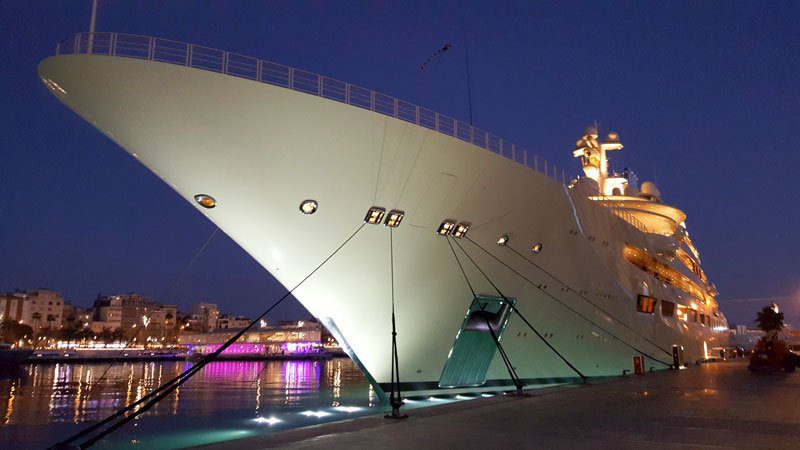 Lady Moura is a 344-foot luxury liner that was built by Blohm + Voss way back in 1990 and is worth $210 Million. It is owned by the Saudi Arabian businessman, Nasser AL-Rashid. This superyacht is well-known for the 24-karat gold lettering of the name on its exterior. Lady Moura also features authentic sand and palm trees for guest to enjoy beach vacation even while on-board. 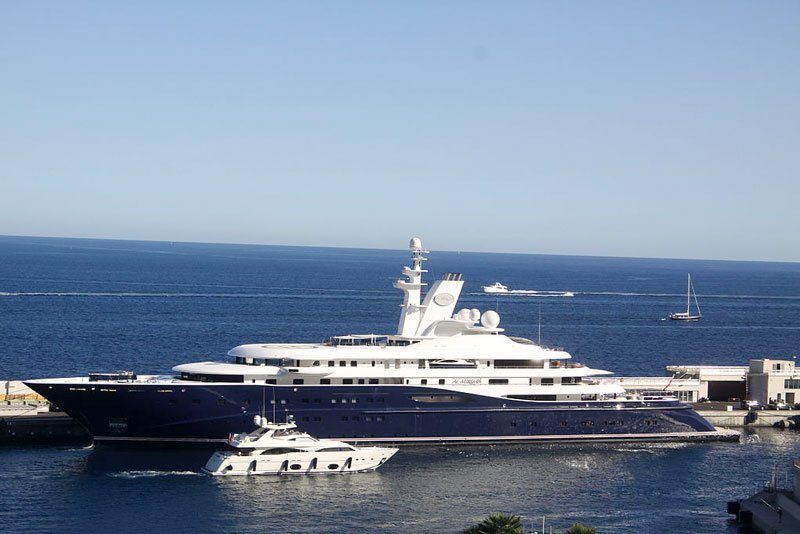 Acknowledged as the second most beautiful yacht after its completion in 2008, Al Mirqab is worth $250 Million and includes on-board cinema, bars, helipad, swimming pool and Jacuzzi. It was built for the Prime Minister of Qatar, Hamad bin Jassim bin Jaber Al Thani, by Peters Schiffbau Wewelsfleth. This superyacht has 55 rooms, ten luxury suites and, two VIP rooms.

The wealthiest man in Russia, billionaire Alisher Usmanov, owns this superyacht that is worth $256 Million and was built for him by Lurssen Yachts in Germany. Dilbar was named after Usmanov’s mother and is one of the largest superyachts in the world. It so big, it can host 2 helicopters at the same time. 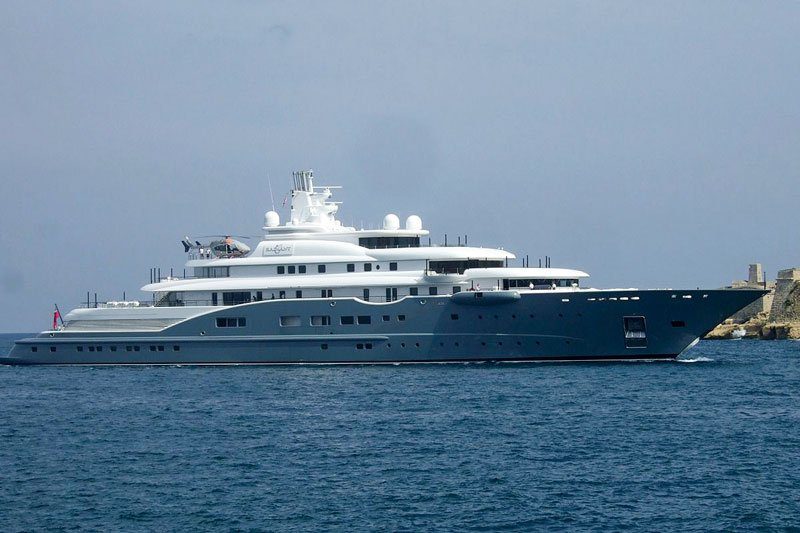 This superyacht is currently owned by car dealership mogul Abdulla Al Futtaim from the United Arab Emirates. The Radiant was originally built for the Russian billionaire Boris Berezovsky. It is a 360-foot super yacht and can accommodate up to 47 crew members plus 20 guests. It has a hefty $286 Million price tag. 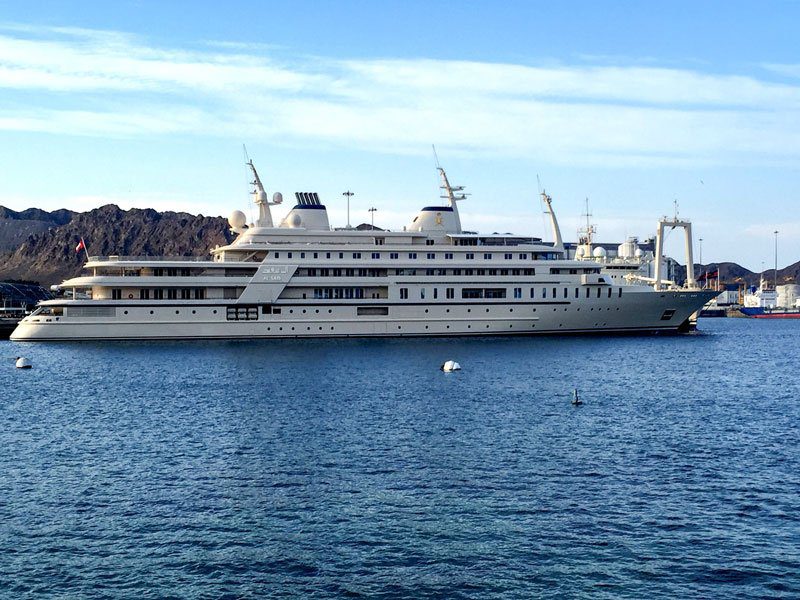 Another Lurssen Yachts creation, this superyacht that is worth $300 Million was named after the Sultan of Oman Qaboos Bin Said Al Said. Al Said superyacht has a huge concert hall that can host a 50-piece orchestra, suites that can accommodate 70 guests, and rooms for 154 members. Al Said has the world’s highest displacement and the most powerful among superyachts. 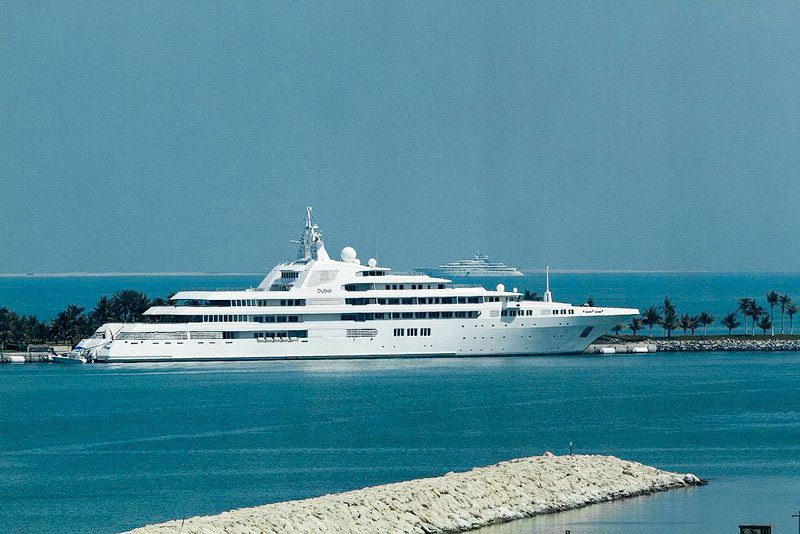 Mohammed bin Rashid Al Maktoum, the Vice-President and Prime Minister of United Arab Emirates, also the Ruler of Dubai owns this stunning masterpiece. When the Dubai was built back in 2006 by Blohm + Voss, it was the most expensive yacht in the world at $300 Million. It is also the one of the largest superyachts in the world at 524 feet. 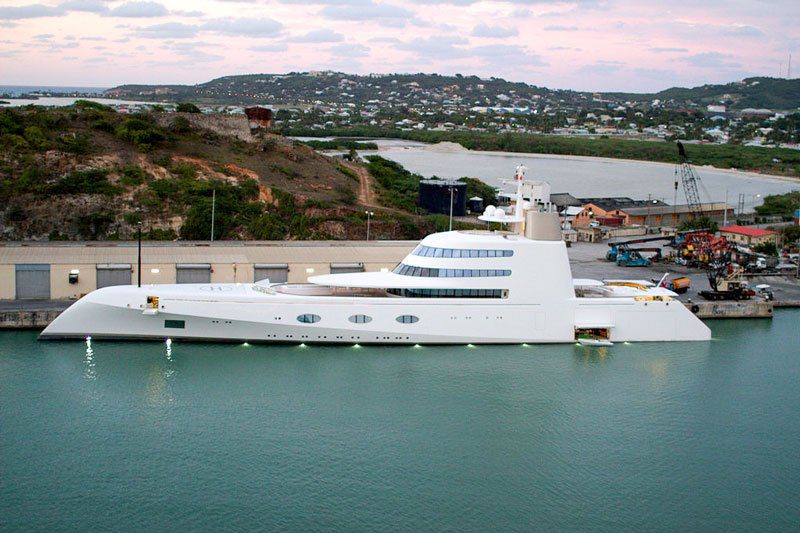 Despite the simplicity of its name, superyacht A has one of the nicest and most unique designs among all superyachts in the world. Russian billionaires Andrey and Aleksandra Melnichenko owns this bad boy (above). Blohm + Voss designed this superyacht for them. Worth $323 Million, this superyacht looks like a cross between a submarine and a war ship. It has three swimming pools, a helicopter hangar, and a 30-foot speed boat on board. 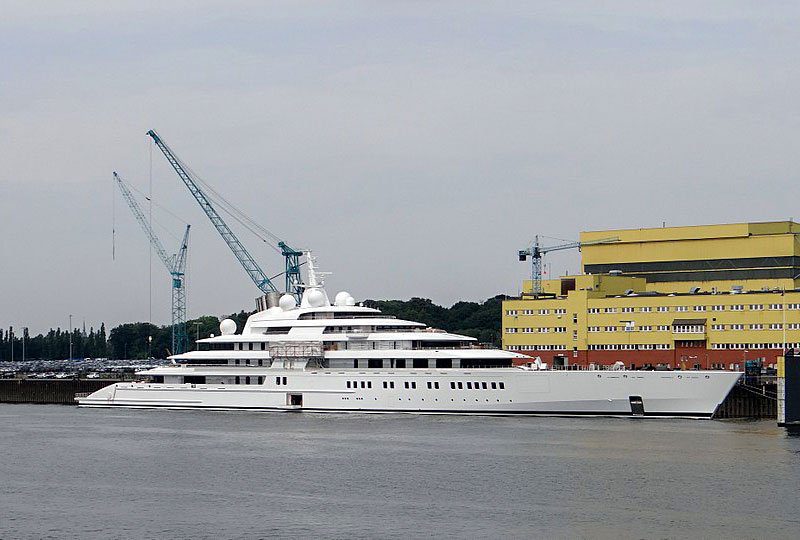 A price tag of $1.5 Billion makes Eclipse the second most expensive superyacht in the world. It is also the world’s second largest yacht at 536 feet, which makes it accommodate 24 guest cabins, a disco hall, two helicopter hangars, a mini-submarine and three launch boats. Equipped with the most advance security and defence systems among all superyachts. It has intruder-detection systems, missile defense system, armour plating, and bulletproof windows. 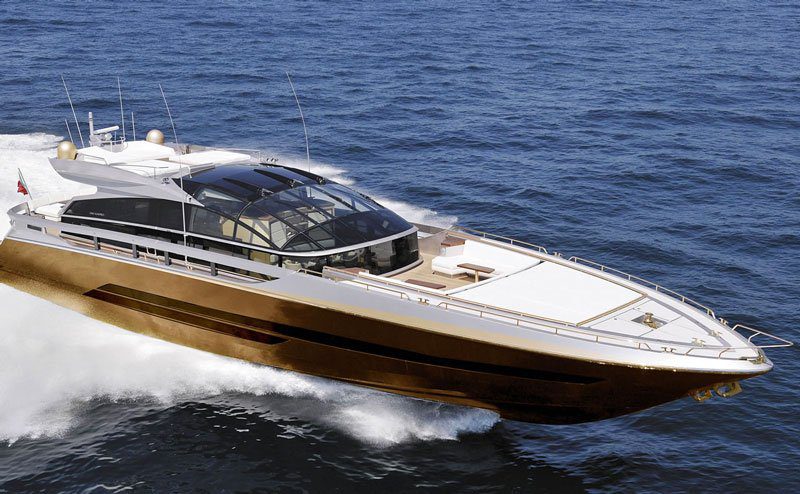 The most expensive superyacht in the world is worth $4.8 Billion. Robert Kuok (Malaysia’s Richest Person) , is the owner of Shangri-la Hotels around the world. He owns the History Supreme (above). It is a creation of the British luxury designer Stuart Hughes and though it’s not as large as the other superyachts, it is the most valuable because of the 100,000 kgs. of gold, platinum and, other precious metals that make up its body.

It would be awesome just to ride any of these world’s most expensive superyachts, and more so if you own one. But for those who really want to purchase yachts, you don’t have to be billionaires to own one. Buying a good yacht for recreational purposes is easier nowadays with the help of boat financing from trusted lenders, just like Finance Ezi. We provide the best boat finance deals with the lowest rates to meet your financial capabilities. Call us now on 1300 003 003 and let our boat finance brokers help you get your own yacht.

ShareTweetPin itShare
Previous
Top 5 Must-Have Family Car Features
Next
Is this the future of personal aircraft?